The Qatar World Cup Challenge: how to keep eight stadiums clean with 64 matches in 29 days

The first football World Cup ever to be held in the Arab region kicked off on Sunday with Qatar playing host to Ecuador.

The tournament, which runs until December 18th, includes 32 teams, playing 64 games in just eight stadiums – the lowest number ever used in an event of this magnitude.

The budget to create the stadiums, pitches and training facilities alone is reputed to have cost in excess of five billion pounds, which includes solar-powered cooling technology at each venue and fan zone to keep the temperature at 27C.

The state-of-the-art cooling technology will also blow cold air on the players via football-sized nozzles alongside the pitch and smaller air diffusers under each spectator’s seat, pushing out cold air at ankle level. 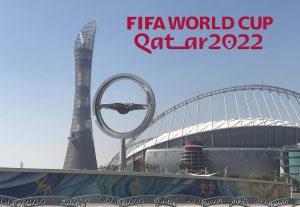 With only eight venues being used, quick turnarounds between matches including the cleaning of each stadium and disposing of the rubbish collected, present a massive challenge.

Martin Booth, managing director of Office Care Group, commented: “Our StadiaCare operation regularly turns around +30,000-seater stadiums from final whistle to ready for the next match within 48 hours”.

“Therefore, the challenge in delivering clean stadiums with 64 matches in just 29 days will take some organising,” added Martin.

Despite the use of cooling technology, Qatar is going to need at least 10,000 litres of water every day for each of its stadium pitches. Based in a region with virtually no access to fresh water, it is going to rely on the desalination of salt water so that it is drinkable.

The use of this technology will not be limited to cooling the air, but also purifying it, as the air inside the stadiums will be very clean and pure.

The same technology will be used to ventilate the stadium’s floor to create a suitable climate for healthy grass and one that’s free of fungal diseases.

Martin Booth said: “Our own experience of working within sport tells us how imperative it is to protect the health of the players, visitors and staff when working within a stadium or training ground environment.”

“Which is just one reason why we only use organic plant-based cleaning agents which have zero impact on lung function,” added Martin.

Since Qatar won the honour of hosting the FIFA World Cup in 2010, the country promised to organise a historic and remarkable World Cup. One that would set new standards and advanced ways to organise global tournaments in the future based on the optimal use of environmentally friendly technology.

With a capacity of 40,000, it has been built from shipping containers and modular building blocks and, after the world cup, will be completely dismantled and repurposed.

Whilst the stadiums in Qatar are truly amazing, they should not have been created with such little regard for human life and misery.

The findings of OSCFM’s survey highlighted that the most frustrating hygiene issues were food-related uncleanliness rather than any COVID-related anxiety.

Now we have three lion(esses) on our shirts too

As the action unfolded on the pitch at the UEFA women’s euro 2022 semi-final, behind the scenes StadiaCare worked with UEFA to take the commercial cleaning of a football stadium to the next level.

Why we do not use traditional cleaning products?

Ready about why we only use InnuScience plant-based organic cleaning products, Eco-Schools and Leaping Bunny approved